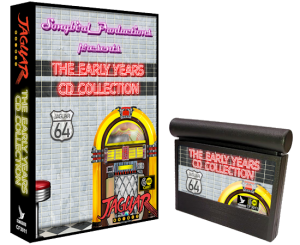 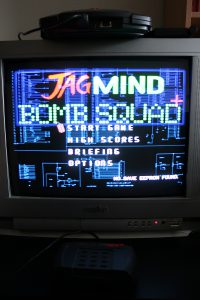 We’ve teamed up with Songbird Productions to bring you a fully remastered version of JagMIND.

JagMind: Bomb Squad Plus is a fully remastered release of the 2006 CD game.
All art has been updated and is crispier and cleaner. Same with sound effects.
The music is completely new, with tracks made by Carl Forhan and Marcus Losbjer.
Most importantly the gameplay has been completely rebuild and features a much improved progression in singleplayer and better playability in two player mode now.
It features improved highscore saving, too.
Roughly estimated 80% of assets and code are updated or redone from scratch.

AVAILABLE NOW AS PART OF:

Songbird Productions is pleased to announce The Early Years CD Collection for the Atari Jaguar! The Early Years is a collection of games and demos from some of the earliest hobby developers for the Jaguar. For the very first time you can enjoy them all packed into a massive 6MB cartridge. No CD unit required!

In addition to the cartridge, the release includes a professionally printed box, manual, and cartridge label.